For those interested in electromagnetism, an FM transmitter is a fantastic tool to consider. It is a low-power radio transmitter that sends a signal to a conventional FM radio from portable audio devices (such as an MP3 player).

This radio signal is critical to the operation of today’s high-speed Internet and mobile technologies. As you might know, Bluetooth FM transmitters are a newcomer in this field, allowing contemporary and older automobiles to listen to high-quality music streamed live via FM radios.

Keep reading until the end if you’re interested in how does an FM transmitter work.

How Do FM Transmitters Work 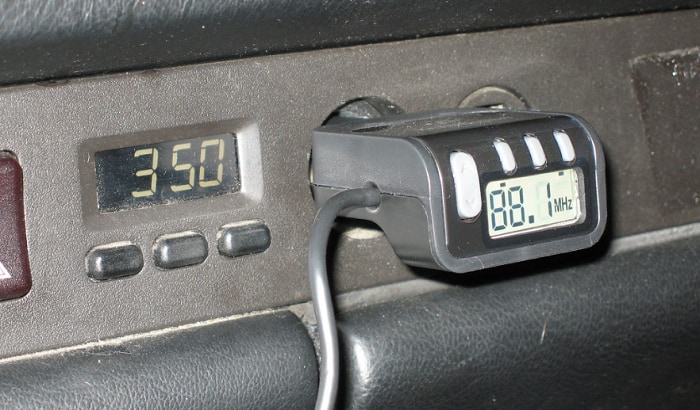 FM transmitters work with a converter that transforms the audio output from a pre-existing source, such as your car’s stereo, to analog audio signals. The signals are then converted to FM signals, allowing motorists to change their vehicle radio frequency to match the transmitter.

These transmitters usually connect to the device’s headphone/earphone jack and then broadcast the signal over an FM frequency’s broadcast band, allowing any nearby radio to pick it up.

A radio transmitter’s operation is dependent on an oscillator that generates a carrier signal at a specific frequency. A voltage modulator is utilized when a specific signal has to be regulated.

The frequency is broadcast at the predefined frequency signal if the modulator is not present. Then, through an antenna, the FM signal is subsequently sent into space.

A signal’s journey begins with sine waves. It has no information encrypted in it before it starts its journey. When it receives electromagnetic waves, information is encoded.

When sound is converted into sine waves and sent, the process of sending radio signals happens. To broadcast sine waves to FM receivers, people use frequency modification to change their lengths.

The pace at which electrical signals are pushed through the broadcasting antenna is close to the carrier frequency. This motion produces an electromagnetic field that emits electromagnetic waves.

These generated carrier waves are sent out at a frequency caught by a particular receiving antenna. Thus, the antenna undoubtedly gets a significant amount of radio signal.

The intended channel may be adjusted, or the desired radio station frequency can be established using a tuner. The radio’s detector then converts the sine wave of that radio station into sound, which the amplifier amplifies. The coverage of a radio station with a more powerful tower is likely to be better.

Nowadays, radios with built-in antennae are available and inexpensive. There are also radios that may be streamed over the Internet. Radio waves are essential in navigation satellites and the GPS network, starting with basic radio transmission.

All you have to do is look for a new FM station on your car radio and tune the radio to it. Your automobile speakers will assist you in achieving the correct volume level, and you can listen to music on your smartphone.

What Does An FM Transmitter Do 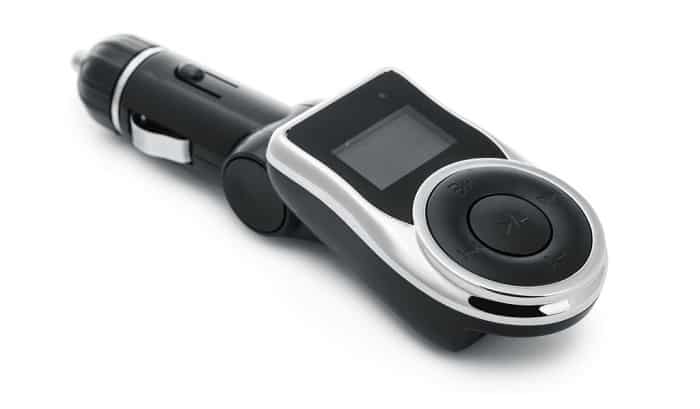 Personal FM transmitters often play music on car radios without an auxiliary “AUX” input connection or Bluetooth audio compatibility. They may also be used to broadcast audio from a fixed source, such as a computer or television, across a home.

They can also be used for low-power transmission and pirate radio, but only to a local audience. They may also be used as a “talking sign” in situations like real estate transactions. Devices can be controlled by connecting them to an audio source or a proprietary port of their designed device.

If transmitters are low-powered, their range is limited to 100–300 feet (30–100 meters), depending on receiver quality, obstacles, and elevation.

1. Does an FM transmitter work without an antenna?

Yes. A vehicle radio may function without an antenna by utilizing a Bluetooth connection, an analog cable, an FM transmitter, and an Android phone. If the antenna on your car is broken or your car radio is missing an antenna, you may still listen to radio stations.

2. What frequency is best for FM transmitters?

The FM broadcast band, which radio stations utilize to broadcast FM radio, varies depending on your preferences. It ranges from 87.5 to 108 megahertz (MHz) across Europe, Australia, and Africa and is also known as VHF Band II.

The OIRT range has already been phased out in several nations and replaced with the 87.5 to 108 MHz band.

A car FM transmitter may provide you with a plethora of creative and user-friendly functions in this age of current technology. Consider the characteristics that will be most beneficial to your specific set of driving demands when deciding which radio model to buy.

After reading this article, you should understand how does an FM transmitter work and all relevant information. We hope you find this helpful and that it gives you greater confidence in making your selection.