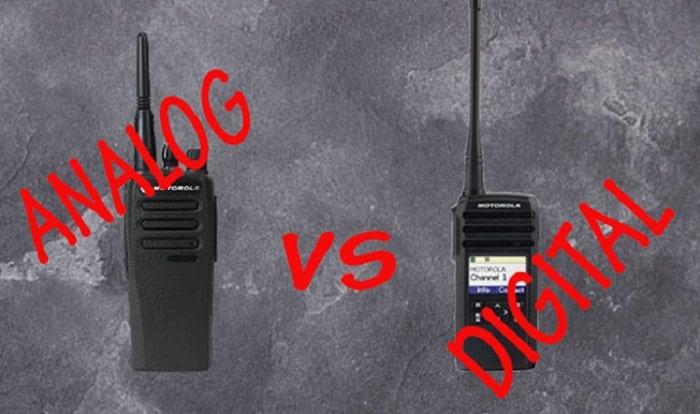 Two-way radios have gone a long way since their inception. From the classic analog radios, new technologies have introduced novel innovations, giving birth to digital radios. That said, you must learn about analog vs digital two-way radios.

An analog radio has sinusoidal waves that rely on frequency modulation for signal transmission. It is affordable, uses your natural voice, and is user-friendly. On the other hand, a digital radio system relies on binary packets for voice encoding to minimize interferences, resulting in clearer radio communication.

Keep on reading as we compare analog vs digital radio, making it easier for you to decide which one is the better option.

What is an Analog and Digital Two-Way Radio 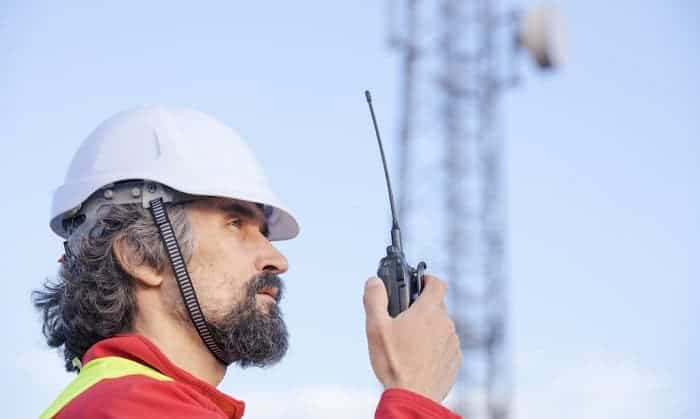 Before I dig deeper, allow me to give you a primer of the two types of two-way radios we are talking about in this guide. While they serve the same purpose, they use different technologies. Hence, they work in distinct ways.

Analog two-way radios have been the conventional choice for decades. They rely on frequency modulation for encoding voice signals in carrier waves. It sends signals from a larger to a smaller antenna. It comes with a chip that makes it affordable and simple to use.

An analog signal has continuous or sinusoidal value waveforms, which are known for having a smooth simulation. Voice modulation alters the wave frequencies. It brings actual voice representations, and hence, the term analog.

On the other hand, digital radio is a more modern counterpart. It also has signals traveling between antennas, but it has no modulated frequency. Binary packets encode the voice message before receipt, which reduces background noise.

Digital radios work using an entirely different but related technology. The signals transmit through non-continuous blocks, so you can expect a better voice quality.

Read on as we talk about these two types of two-way radios. I’ll talk about their similarities and differences, helping you decide which one is better for your needs. 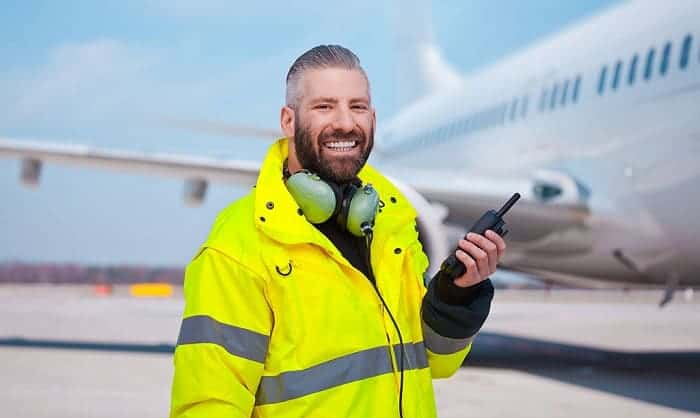 Now that you know the basics of how they work, I will talk about the differences between analog and digital radio.

As I talked about earlier, digital and analog radios use different technologies. Analog technology is older, and hence, the voice signal is not that superior. In contrast, digital signals are newer technologies. With minimal digital interference, you can expect that the overall quality of the voice call is higher.

In analog radios, the carrier frequency wave does not filter the noises that surround the sender. It also won’t transmit long-range signals.

Meanwhile, digital radio systems have a high frequency. It picks processed signals that convert into digital patterns instead of radio waves. It travels further while also being clearer.

With the differences in technology, there are also variations in the signal. An analog radio has a continuous wave, which transmits a message that is closer to the sender’s voice.

Digital signals, on the other hand, go through more processing for better clarity. Plus, it can penetrate obstructions better for a clearer voice or sound.

In comparing digital vs analog radio, you must understand the carrier waves that they generate. An analog radio has a continuous oscillating sine wave. Meanwhile, its digital counterpart relies on discontinuous square waves.

A standard analog radio consumes more power, which can also restrict battery life. On the other hand, digital radios offer better efficiency, making the most out of the battery.

If you are using an analog radio, then you can pair it only with a similar kind. This is as against a digital radio, which can work even with analog radios. This is possible through digital migration, and thus, making it more versatile.

Analog radios have already reached their full capabilities. All features have been exhausted. Meanwhile, digital radios still have a long way to go. Manufacturers are constantly searching for how to make them better and offer a better experience to their users.

The price of digital and analog radios is a crucial decision when picking between the two. If you are on a budget, then go for analog.

On the other hand, digital is the way to go if the price is not an issue. The latter packs more innovative technologies and provides better sound quality, making it more expensive.

Watch this short video for a primer on the differences between an analog and digital two-way radio.

Pros and Cons of Analog Radios

Based on the things that I talked about above, here is a quick summary of the good and the bad in an analog radio system.

Pros and Cons of Digital Radios

Meanwhile, here is a quick rundown of the advantages and drawbacks of digital technology in two-way radios.

Analog and digital two-way radios enable distant communication between two parties. Despite the advent of smartphones, these radios are still widely used.

Analog radios rely on older technology with basic functionalities. It is affordable and works simpler. On the other hand, digital radios are more expensive and complicated, but they offer better voice quality and battery life.

Did you enjoy reading this guide on analog vs digital two-way radios comparison? Is there anything else that you would like to add about analog radio vs digital radio? Let us know in the comments below.