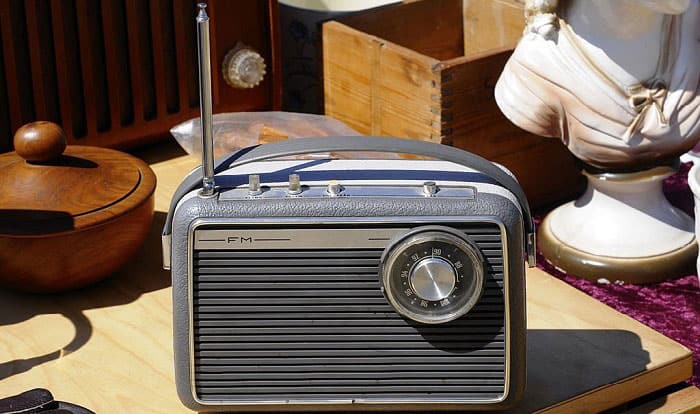 When it comes to the most critical events in our technological development, it would be remiss without mentioning 1954, when the TR-1, the first consumer device to use transistors, was born. According to Fortune Magazine, ” If you owned one, you were the coolest thing on two legs.”

So, when was the transistor invented? Who invented the transistor radio? Read this article from top to bottom to get exact answers to the above questions and more.

Who Invented the Transistor Radio?

Transistors were first commercially produced in 1952 by the American company Raytheon. The first practical transistor radio is the TR-1, made by I.D.E.A.

The transistor is the work of many individuals, including John Bardeen, Walter Brattain, and William Bradford Shockley.

This invention is considered an important mark in the computer world in particular and in human history in general. It is the introduction of a semiconductor device featuring a minimum of 3 terminals connected to an electric circuit.

The transistor marked the revolution of the electronics industry, making possible the development of almost every modern electronic device, such as computers and telephones. Moreover, it ushers in the Information Age.

So, when was the transistor radio invented? We will cover the answer in the next section. 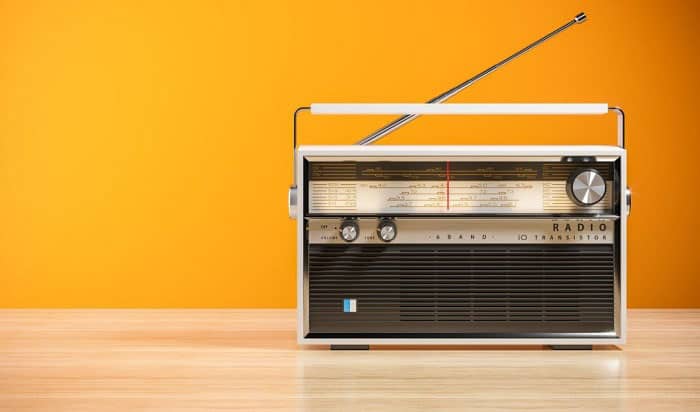 The chronological order of events that birth the transistor radio in our history:

The TR-1 is the first transistor radio. It was manufactured in the US and sold in 1954. The device used only four Texas Instruments transistors because transistors were very expensive at this time.

This transistor radio is based on a 22.5V battery and sells for 49.95 dollars (equivalent to approximately US$500 in 2020 dollars). Because it is sold at a relatively high price, the sales of this product are not so good.

However, prices dropped over the next few years, and the transistor radio became very popular.

One interesting fact is that Sony is often mistaken as the inventor of our first transistor radio, the Sony TR-55, released in 1957. This 5-transistor model also marked the beginning of the growth of Sony, making them a superpower in electronics manufacturing.

Basically, this Japanese transistor radio and the TR-1 have many similarities; they all run on the same 22.5V battery.

Until 1957, Sony produced the TR-63 pocket radio. It was a more advanced model powered by the standard 9V battery. It was the first model to utilize all small parts and compete favorably with the vacuum tube portable.

A Perfect Alternative to Vacuum Tubes 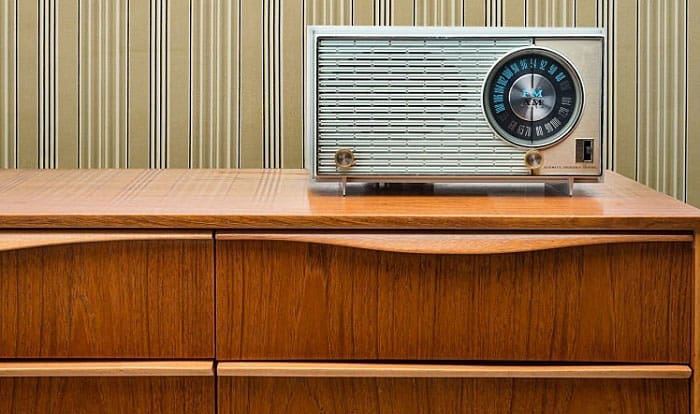 As mentioned above, John Bardeen, William Shockley, and Walter Brattain invented the first transistor in 1947. The significance of this scientific fact is enormous.

However, it still hadn’t shown its great importance at that time. At the time, the vacuum tube was king, and Bell Labs’ transistor invention of the year was not taken seriously by the major radio manufacturers.

The commercial potential of this invention is that it can perform well the functions performed by vacuum tubes, which are expensive and fragile.

At the time, the vacuum tube was considered the electronic heart of sound amplifiers, telephone systems, radios,

Transistors are compact, less power-hungry, and more rugged than vacuum tubes. Furthermore, they do not overheat during use, making them the perfect alternative to unreliable and short-lived vacuum tubes.

The first commercial application of the transistor was targeted in the amplification of voices. Its small size is perfect to be a component for hearing aids.

Engineers from Raytheon Company, a leading hearing aid company, went to Bell Labs to examine the new transistors to assess the commercial potential of these devices. That led to the first transistorized consumer product.

This hearing aid is integrated with three semi-balloons and costs more than two hundred dollars. They’re compact, perfect for going directly into the ear or attached to eyeglasses.

Semiconductors are the perfect choice to replace expensive and easily damaged vacuum tubes, making them perfect to be part of a radio.

This mission was conducted by several entities, including:

Tokyo Telecommunications Engineering Company of Japan, founded in 1946, manufactures a line of appliances and consumer products based on vacuum tube technology.

In the early 50s, engineers from this company went to the United States to search for information on the production of transistors. After the success of Texas Instruments in making transistors, their engineers were even more motivated.

In 1957, they introduced their transistor radio, the Sony TR-55, branded as “Sony.” The name “Sony” was chosen because the company executives thought they needed an easily recognized and remembered brand name.

At that time, Sony was very successful with its semiconductor radios. However, Ibuka noticed that they were pretty bulky and oversized. So, Ibuka thought about making radios small enough to fit in a shirt pocket, and he gave this task to his engineers.

That led to the introduction of Transistor Six radios in 1957. Sony was immediately successful by selling millions of these radios. They were offered at a low price, allowing the public to enjoy radio wherever broadcasts were available. Unfortunately, many counterfeit products are also marketed under brand names like “Sonny” or “Somy.”

Many people still think that TR-55 is the world’s first radio transistor, and Sony developed this transistor radio.

By now, you should have got the answer to, “Who invented the transistor radio?”