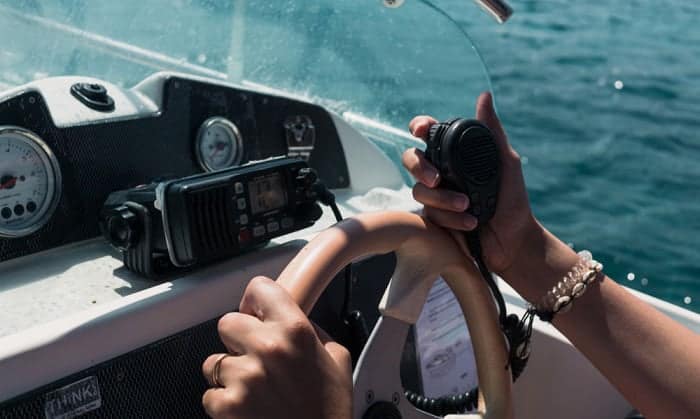 Without a doubt, having a reliable means of communication while traversing the water on a boat or yacht is of the utmost importance. For this, you will need a reliable SSB radio. But what is an SSB radio? What does it do? Why is it so necessary?

These are common but valid questions. It is essential to know the answers, especially if you are new to boating. Hence, keep reading because this guide features everything you should know about an SSB radio.

What is an SSB Radio

In short, an SSB radio is a means of communicating onboard. SSB, an abbreviation for Single Side Band, is a form of modulation for transmitting information.

An SSB radio is efficient but difficult to handle. Thus, it is critical to invest time and effort into holistically understanding it. Continue reading to have a grasp of its concept, role, and significance. 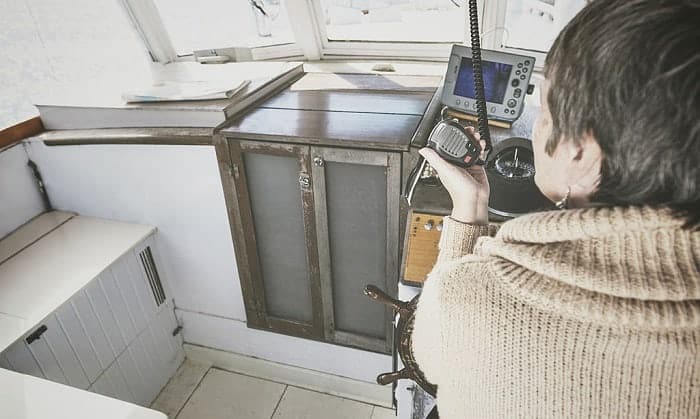 To understand SSB fundamentals, it is necessary to revisit the concept of the typical amplitude modulation (AM).

The information in an AM signal is contained in side bands appearing both above and below the carrier frequency. This means that any spectrum appears as two tones. Consequently, the total signal width is twice the modulating frequency, and information contained in either side band is identical. The drawback of AM signals is that it absorbs a lot of unwanted space and power.

Thus, came about the SSB, which suppresses both the carrier and one of the sidebands to increase efficiency in transmitting information. In other words, by eliminating half of the identical signal, SSB uses less bandwidth to be more spectrally efficient.

On top of that, it “saves” power from being used redundantly for transmitting the carrier and identical sideband. As a result, SSB radios can put all the power into a single sideband.

So, how does the suppressing work in SSB modulation? In short, there is a demodulating and carrier reinsertion procedure.

On the transmit side, an SSB transmitter suppresses the carrier and one side band. In contrast, on the receive side, the carrier is reinserted by an insertion oscillator or beat frequency oscillator to set in motion the signal demodulation.

In the best-case scenario, the carrier will be reinserted perfectly at the transmit frequency. But, there can be frequency offset situations, which change the pitch of the audio. Unfortunately, too large offsets can make output intelligible.

As mentioned earlier, this type of radio is often used on boats and yachts. As such, you will hear others refer to it as a marine single sideband radio. It provides two-way communication onboard as well as access to crucial marine radio channels.

A single side band marine radio can deliver messages and calls between boats, yachts, and coast guards, at a distance. This is critical in the event of a breakdown or crisis. Sailors can use a marine single side band radio to seek repair advice or medical attention.

SSB radio is in today’s Global Maritime Distress and Safety System (GMDSS), under the International Convention for the Safety of Life at Sea (SOLAS). This type of short-wave equipment was a part of the marine radio system following World War II.

Otherwise, SSB radios can also serve as a source of entertainment for sailors at sea. In essence, it is a multipurpose, all-around device that everyone should have on board for a safe and pleasant sailing experience.

The reason they are preferred over other types of radios is that they are fool-proof. As a result, you do not have to worry about dealing with unwanted channels listening and monitoring your conversations. 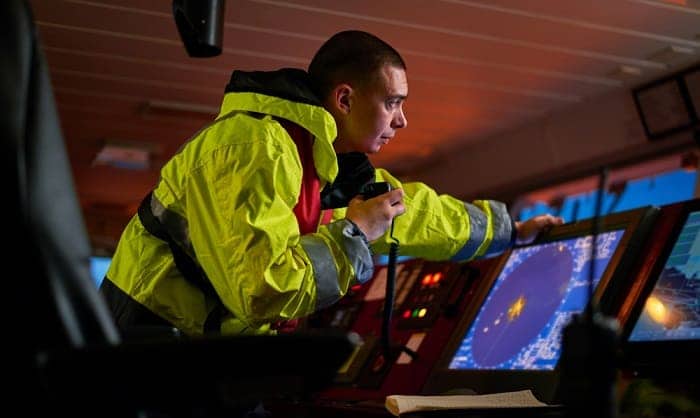 Even though you may have seen pictures of these radios on the Internet or in shopping brochures, it is necessary to know their main components. In this section, we will look at all the essential parts, as follows:

In addition to the rotary knob controls, standard radios include a keypad layout, usually called the soft key, and a fist-style microphone.

Other minor parts are the antenna and grounding system.

Expensive SSB radios tend to have fancier features. For example, you can find a DSC, short for Digital Selective Calling, a function to pinpoint incoming calls. This means that you do not need to monitor your radio traffic for relevant calls constantly.

Moreover, the data that you receive through the DSC can be stored in the radio system’s memory for future recalls.

To get an SSB radio, you must have a radio certificate: an amateur radio certificate (HAM) or a marine-specific one (LRC). It is more difficult to acquire the former certificate, but once you have it, you will be able to get your hands on more affordable options.

Upon purchasing, you should also engage in training for basic electrotechnical knowledge and skills. This will ensure that you can make the most out of your radio as well.

There are many places to get an SSB radio. Reliable brands that you can consider are Galaxy, Uniden, and AnyTone.

Installation for SSB radios is lengthy. Therefore, it is best to leave it to experts who provide service. However, if you want to have an idea of the gist of it, installation should include:

With that, you have reached the end of this article on what is SSB radio. Hopefully, it has been helpful. If you have any follow-up questions or thoughts, feel free to let us know in the comments. We are always delighted to hear from our readers!

What Are You Looking For?