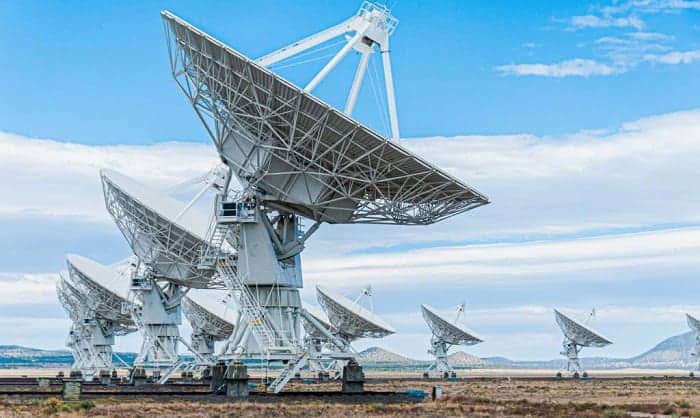 If you are new to the radio astronomy realm, you may be overwhelmed by the sheer number of different concepts that you have to know, such as radio interferometry.

Understanding this, we have put together a detailed but easy-to-comprehend article answering “What is a radio interferometer?” Even though it sounds complicated, rest assured that it is not rocket science.

You can learn all about it by continuing to read. We will take you through how it works, what it does, how it came about, and finally, leave you with a fun fact! So, do not miss out and read until the end!

Radio Interferometer: What are They?

It is a collection of two or more separate radio antennas that are linked together to receive radio waves from the same celestial body.

Needless to say, there is more to know about this apparatus for astronomical observations. Hence, read on to find out!

All About Radio Interferometry 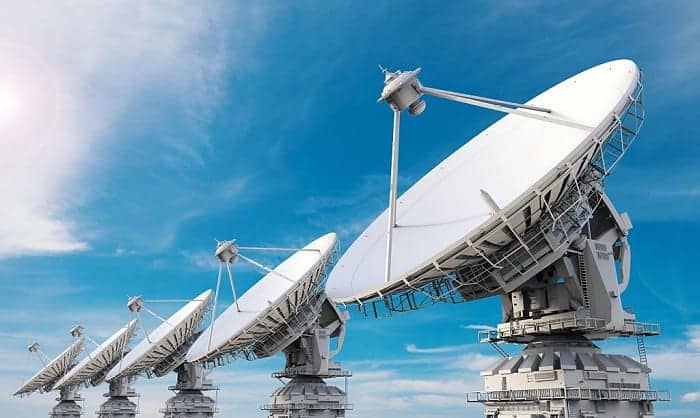 As mentioned earlier, a radio interferometer is a combination of several different radio antennas to create a single virtual telescope.

These antennas are joined to the same receiver, but they are not necessarily close together. Sometimes, they are positioned at least a thousand kilometers apart and called VLBI or Very Long Baseline Interferometry, where the term “baseline” is the distance between the signals.

VLBI radio interferometers are preferred because radio astronomers acquire an increased collecting area of the receiving antennas when using telescopes at different locations. In turn, improved sensitivity enhances the quality and angular resolution of the radio images produced.

When two radio antennas look at an object in the sky, despite aiming in the same direction, they view it from slightly different positions. Thus, when light from the object comes down, it will reach one of the antennas sooner than the other.

The time difference, which is influenced by the antennas’ direction and spacing from one another, is tiny. But it is enough for the two signals to be out of sync. This misalignment is what makes signals blur when they are supposed to be combined to produce radio images.

Essentially, the idea is that, in the process of combining signals from two sources, if the signals are synced, they will converge to produce a stronger signal, and if they are not, they will cancel each other out, jumble, or overlap.

Fortunately, radio astronomers have found ways to interfere and shift or correlate the signals, lining them up and thereby guaranteeing a strong signal. They rely on a variable delay mechanism to do this or adjust the spacing of the antennas.

In more technologically advanced settings, a computer processing system called “correlator” can be used. Along with this is aperture synthesis. a mathematical signal processing technique.

Although the notion is relatively straightforward, it is a lot more complicated in practical applications.

The telescopes must be very carefully coordinated. The general sequence is that signals will be received at a telescope, recorded, then transferred to a special correlation facility for processing.

All in all, interferometry is when the signal from each antenna is timed precisely for correlation to form a virtual telescope that produces clear and sharp radio images.

Radio astronomers most often use the technology for their study of distant celestial bodies.

Thanks to interferometry, radio astronomers can converge signals from a range of antennas and telescopes to produce high angular resolution radio images.

These images are much brighter and sharper than what can be acquired from a single antenna dish. As a result, it is possible to study astronomical objects in much more detail.

One can see the specks on the surfaces of stars and the surroundings of a black hole. At present, many ongoing projects use radio interferometry to look for extrasolar planets by measuring the motions of stars or by direct imaging.

How it came about

If radio astronomers want high angular resolution images, they must enlarge the telescope or shorten the wavelength. Since the latter is not always possible, manipulating the size of the telescope has been the go-to approach.

However, there are physical limitations to constructing larger telescopes. Hence, radio interferometry was introduced.

The technology is a result of radio astronomers working around said physical limitations of a telescope. Ultimately, the boundaries of angular resolution and those of the studies of astronomical objects were expanded.

The U.S Very Large Array (VLA) is the world’s most powerful radio interferometer when combining versatility, sensitivity, and resolution. It is positioned near Socorro in Central New Mexico, at the Plains of San Agustin.

In detail, this radio interferometer has 27 parabolic antennas, each of which covers some 25 meters in diameter. Its total collecting area is as large as a single 130-meter antenna.

So, with that, you have reached the end of this article. Now, you should know the answer to “What is a radio interferometer?”

To recap, a radio interferometer is an apparatus used for astronomical observations. It creates two or more in-sync signals joined together to receive radio waves and produce high angular resolution images.

Hopefully, the above explanation was easy-to-follow and helpful. If you have any other questions or thoughts on this topic, please do not be afraid to voice them in the comments. We always look forward to hearing from our readers.

Also, you are welcome to share this article with your family, friends, or anyone you think will appreciate the content.