The Chevy Equinox is a small crossover SUV with an eye-catching style and spacious cabin, despite being a compact vehicle. It has a state-of-the-art entertainment system, which includes a modern radio.

While the Chevy Equinox radio is great, it is not free of problems. It is prone to freezing, and at times, it won’t start at all. One of the best solutions is to reset Chevy MyLink system to restore the radio. It is an easy task that you can do quickly.

Read on and find out how to reset Chevy Equinox radio. This is an easy way to restore the factory settings. We’ll also share some of the most common problems you might experience, including Chevy MyLink frozen and screen glitch. 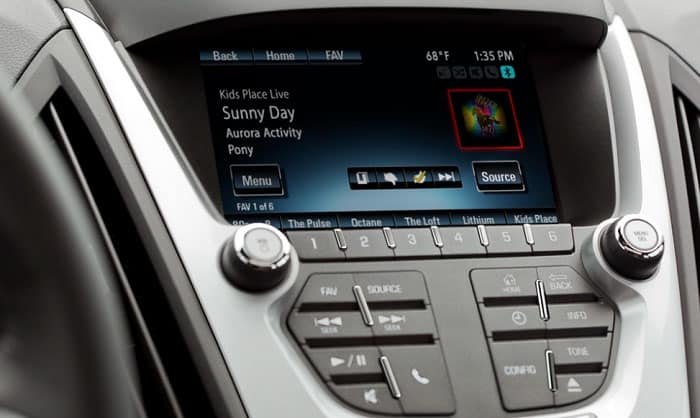 If your Chevy Equinox radio isn’t working properly, do not fret. Here is a quick guide on how you can reset the radio and restore its full functions.

The old radios in Chevy Equinox rely on manual controls and outdated interface. You will find them in a used Equinox. To reset, here’s what you will need to do:

Another way to restore the factory settings of your Chevy Equinox radio is through a hard reset. This will require disconnecting the main unit from the power supply instead of pushing buttons on the control panel. Here’s how you can do a hard reset Chevy MyLink radio in an Equinox:

Why Reset Your Chevy Equinox Radio?

There are many reasons why you might be interested in resetting your Chevy Equinox radio. For instance, it is a must if you would like to erase all the stored programs. This will restore the factory settings, which means that you will be starting with a clean slate. It is commonly done by people who are selling their cars, giving the new owner the chance to set the radio the way they want to.

Additionally, resetting a Chevy Equinox radio is necessary when you would like to unfreeze it. There are times when the radio will stop working suddenly. If you have tried everything you can think of, but nothing happens, you might want to reset the radio instead. 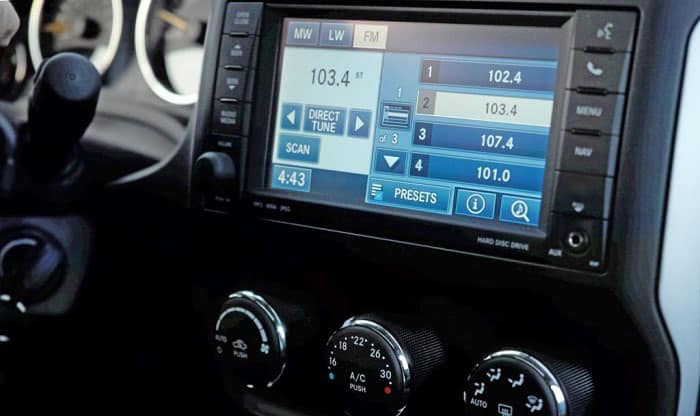 While some people intentionally reset their radio to restore its factory settings, there are also those who experience it unintentionally. Below are some of the most common reasons why your Chevy Equinox radio keeps on resetting without doing anything.

Your radio relies on the power of your car’s battery. When the battery is empty, the radio will not work. Aside from not turning on, it can keep on resetting. If you use your car off-road, the vibration could have caused the terminals to loosen, making the battery faulty. It can also become erratic under extreme weather.

Another common reason why your Chevy Equinox radio resets frequently is overheating. The issue is more common in the summer or in locations with extremely high temperatures. This can be caused either by over-voltage or not having enough cooling. Proper wiring is a must to prevent overheating.

The fuse might be a small part, but it is crucial for the functionality of your Chevy Equinox radio. Over time, it suffers from wear, which can also increase the possibility of short circuit or surge. If it is erratic, the radio may not get the power that it needs, which is another common reason why it is prone to resetting.

Over time, the ignition switches of your vehicle can be problematic. It will break contact, and hence, won’t be able to provide the power that the radio needs. If there is still power transmitting, there can be interruptions in the radio’s function, and at the same time, it might reset without you doing anything.

The wires in a Chevy Equinox Radio will suffer from wear and tear. You might also have not connected them properly. Even the slightest gap can cause a power interruption, which will reset the radio. There can also be problems with the memory wire, which is what connects the radio to a memory card.

The problem can also be from the head unit itself. Especially if it has old-style buttons, dirt and debris can be trapped inside. This will make the radio reset unintentionally, even if you do not push the reset button. Excessive heat and voltage can affect the head unit of the radio as well.

Now that we talked about how to reset Chevy infotainment system, this section lists some of the most common problems. More importantly, we’ll also list the easy solutions.

It is common for owners of Chevy Equinox to end up with a radio that does not turn on. The power switch can be faulty, which is why it does not turn on. Alternatively, there can be loose terminals or wires. A drained battery is another common culprit, which means the radio does not have the power supply that it needs.

Another common 2012 Chevy Equinox radio problem is that it produces unwanted noise, which negatively impacts the overall listening experience. One of the suspects is the speaker not working properly. You might also want to check all the connectors. It is possible that there are nearby objects that cause interference as well.

Your radio might be working, but out of nowhere, the power supply is cut. This can be due to faulty wires that do not properly connect the head unit to the power supply. The airflow in the amplifier can also be the issue. Look at the speaker wires and make sure they are in the right place.

A modern Chevy equinox comes with a digital screen. Over time, it can experience a chevy MyLink screen glitch, including a frozen display. This can be because of loose wires that do not transmit the necessary power. Your screen can also be broken, especially if it has been wet or hit.

Resetting a Chevy Equinox car radio is easy. The process can differ depending on the specific year or type of radio that comes with your car. It requires pressing a couple buttons or doing a Chevy MyLink hard reset by disconnecting the power supply.

Besides the Chevy Equinox car radio, you can also refer to other car radio reset tips such as Hyundai radio or Mazda radio.