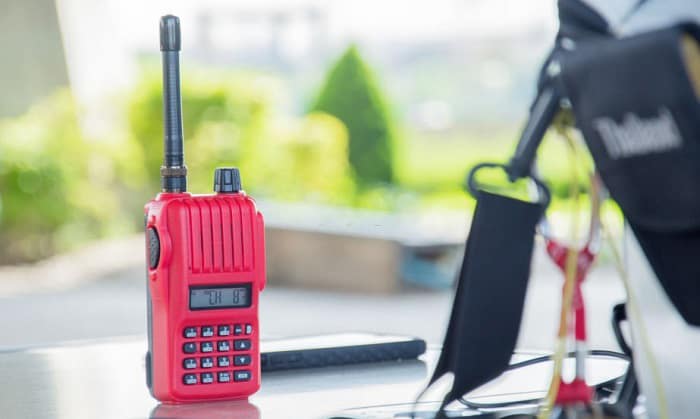 Smartphones may seem like the preferred mode of communication in today’s modern era, but that does not mean that the radio is dead. A lot are still using ham radios, especially for emergency communication and recreational activities. With such, many are wondering – how far can a ham radio reach?

In a nutshell, a ham radio can transmit from two to 18 miles on average, depending if it is a handheld unit or base station. Meanwhile, in terms of the maximum range, it can reach up to 5,000 miles, making it possible to facilitate global communications.

In this article, I will talk more about the ham radio range. I will also share some tips on how you can increase its range to optimize performance in different environments.

How Far Can a Ham Radio Reach? 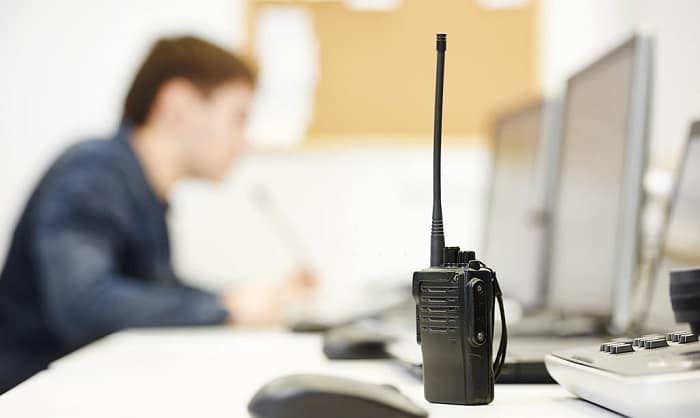 First, take note that when you research ham radio distance, you will most likely get conflicting information. It is almost impossible to have an accurate answer.

Actually, the answer depends on various factors, such as the types of ham radios, location, and quality of radio or antenna.

More so, the specific type of ham radio can also impact range. Handheld portable ham radio is less powerful and has a shorter range compared to what a base station can deliver.

Nonetheless, you probably landed on this article because you are searching for the most common ham radio range distance, so I will try to give you something more definite.

If you look at the ham bands chart, you will realize that it has the widest frequency compared to other radios. The latter is also the reason why it has the longest range, as you can see from the discussion in the next section.

Compared to Other Types of Radios 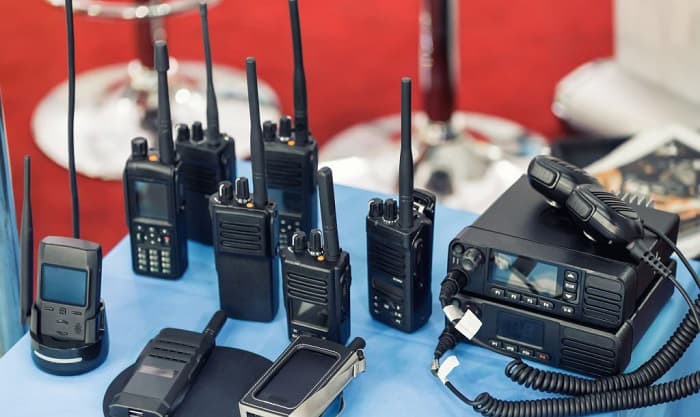 Aside from ham, many other types of radios are available, which will allow you to communicate even without internet or cellular reception. Below, we look at other types and the average distance that they can reach, so you can have an idea of which one is most suitable for your needs.

The values mentioned below are rough estimates. It is best to consider the specific model of your radio and antenna. You can find a range map or range calculator online to give you a more accurate look at the distance your ham radio is capable of.

A CB radio is a high-frequency radio that operates at 26 to 27 Mhz. It has 40 channels. It has been around for quite some time now and became most popular during the 1970s. It is still common amongst truckers, although it has undeniably dwindled in terms of popularity.

The power of this radio is limited to 4 watts. This is unlike ham radios, which can be 5 to 8 watts for handheld units and can be up to 1,500 watts if it is a base station. From the differences in wattage, it is obvious that CB has a shorter range.

This radio is known for its low power level, which is also the reason why the range is limited, especially when compared to the radios above.

Compared to FRS, GMRS uses a slightly higher power, which also gives it a slight edge when it comes to the distance it can cover.

Established in 2000, it is not as popular as other radios. The power limit is 2 watts, which gives it a limited range.

For a better understanding of the reach of ham radio, it is also worth looking at ham frequency chart. The latter will let you know the available bands and their coverage.

One of the three bands is High Frequency (HF). It can be used for communications around the world. The radio signals will bounce off the ionosphere. An HF radio can be used by aircraft and ships. The frequency is from 3 to 30 MHz.

Meanwhile, a Very High Frequency (VHF) is 30 to 300 MHz. This is the band for general radio communications. It is also the same technology behind remote devices, including garage door openers.

Among the commercial radio systems, the most popular is the ultra-high frequency (UHF). The frequency range is smaller, which prevents it from traveling between buildings and other physical structures.

As noted above, long-range ham radio is your best bet if the distance is a primary consideration. Among others, one way by which this is possible is with the help of satellites. Ham radios can use different satellites, which can access a variety of frequency bands for voice and data transmission.

More so, long-range communication using ham radios is also possible with the use of repeaters. Basically, these are radio stations in various locations, relaying messages from one area to another. Hence, it increases the range.

The use of the right ham radio antenna is also crucial. Making it taller will improve the radio coverage. Even a cheap radio can become more powerful when you pair it with an exceptional antenna.

Do you need a license to use the ham radio?

Yes, using a ham radio requires a valid license. While anyone can listen to it, operating the radio or speaking on it requires being licensed. The FCC issues three types of licenses – technician, general, and amateur extra. You need to pass a test before being issued a license.

Can a ham radio reach across the world?

Yes, ham radio can reach around the world. Nonetheless, you need the right radio. One with a measly 8-watt power rating isn’t enough. For optimal performance, you need at least a 100w radio with bands ranging from 10 to 80 meters.

What is the longest-range ham radio?

It is difficult to give exact figures, but in general, the longest-range ham is one that can connect to the most distant stations thousands of miles away. Depending on the quality of the radio, antenna, and environment, ham radio can reach up to 5,000 miles.

How do I increase the range of my ham radio?

Why should you limit using your ham radio as a walkie talkie when you can extend its range? Below are some of the best things you can do:

So, how far can a ham radio reach? Based on the discussions above, it can range from 2 to 18 miles. Although, it can be powerful enough to reach around the world, especially if you are using a base station.

Many factors influence the reach of ham radio. For instance, the quality of the radio and antenna is crucial. The environment also has a role, which can restrict distance when there are many physical obstructions.