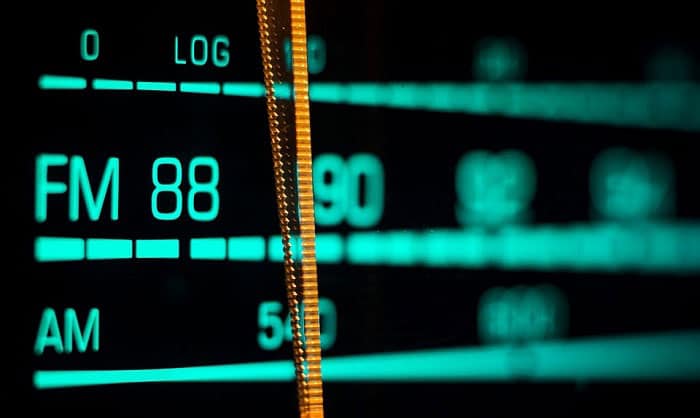 When being asked “what is the difference between AM and FM radio,” most people think that the latter is used to broadcast music, and the former is mainly used for chatting.

The above explanation is correct to an extent, but it is not enough to distinguish between these two types. So, what does AM and FM stand for? What is AM and FM?

Both AM and FM operate on the same principle, but the way they transmit signals is different. This article will help you distinguish and understand each type of radio. First, we’ll talk about AM FM definition.

What is AM Radio?

In radio technology, AM often uses longwave, medium wave, and short wave. AM stands for Amplitude Modulation, which means that the amplitude (signal strength) of the carrier wave is changed according to the signal input, for example, an audio signal.

AM waves are waves whose pitch controls the amplitude of the radio waves — the louder the sound, the larger the wave’s amplitude. In this mode of broadcasting, the frequency or number of waves transmitted per second does not change.

This type of wave can travel long distances, depending on the strength of the transmitter. If the signal is weak, only a static sound is heard when transmitted to the receiver.

In SSB, a special form of AM, the wave will hit the atmospheric ion zone at 75-250 miles above the ground. Then, it will bounce back to the earth.

What is FM Radio? 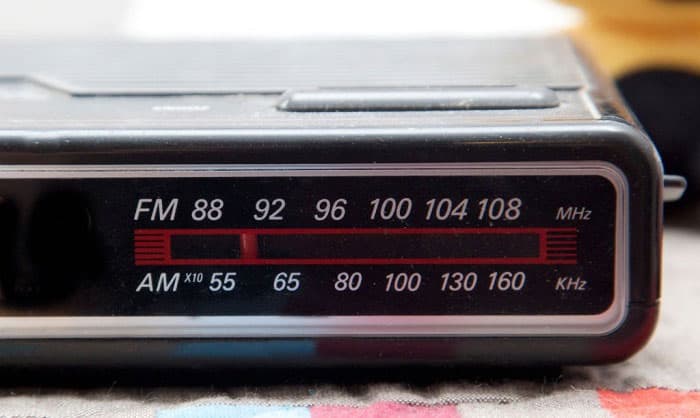 FM stands for Frequency modulation, which means the carrier’s wave frequency is changed according to the modulating signal’s amplitude.

Because FM waves can change frequency, the signal to the speaker (after being decoded by the radio) can create a stereo sound effect.

In this technology, atmospheric noise and interference are eliminated, resulting in better sound transmission. So when you switch between radios, instead of just listening to static sounds like with AM, FM will alternate between different frequencies and produce more precise sounds & smoother channel transitions.

For good Frequency Modulation broadcasting, the station must be placed at the highest point or on high masts to enhance coverage.

How Do AM and FM Work?

When information is carried through space using AM and FM radio waves, at the sending end, the information is converted by a transducer into a time-varying electrical signal called a modulation signal.

The modulated signal is fed to the radio transmitter. An electronic oscillator generates an alternating current that oscillates at radio frequencies in the transmitter. This current is called a carrier because it is used to “carry” information through the air.

The information signal modulates the carrier wave, changing some aspects of the carrier and impressing the carrier’s information on the wave. The most commonly used radio system modulation methods are:

Which is Better: AM vs FM Radio? 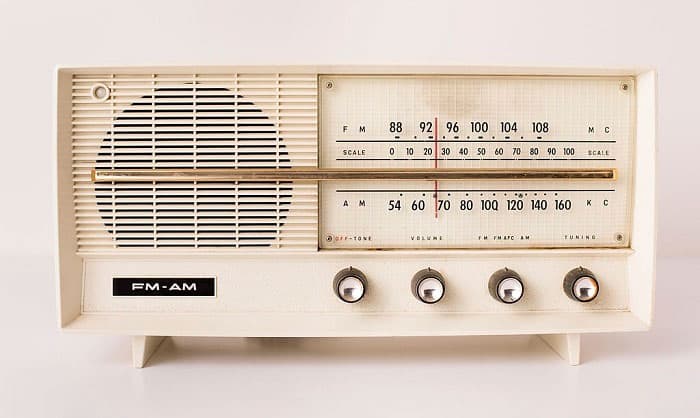 AM and FM sound quality

For AM radio, the amplitude of the broadcast signal changes, so the signal strength also changes. That is why some receivers cannot receive the low amplitude signal generated from the AM radio.

However, with FM radio, the amplitude is always constant, resulting in the same signal strength. So the signal emitted from the FM radio is stable, and the sound is also more accurate.

Regarding AM vs FM frequency, while AM ​​uses a small bandwidth, FM uses a broader and higher frequency band.

In addition, each FM station is given a bandwidth of 150 kHz, 15 times the bandwidth of an AM station. That means FM radio can transmit 15 times more information than AM radio.

Since music contains more electrical information than monophonic audio signals, music on FM radio sounds better than on AM.

AM and FM signal quality

In contrast, the operating range of AM is more comprehensive than FM radio. The reason is that AM radio’s frequency band is lower, so it has a longer wavelength than FM radio.

Also, AM radio gives a stronger signal that travels farther and overcomes obstacles better. AM radio waves can transmit signals very well through solid objects such as mountains, buildings, etc., which FM radio waves cannot do (or, to be precise, are weaker at).

Both types of radios have their strengths and weaknesses, serving different uses.

AM radio travels long distances (more than hundreds of miles), but it is prone to static during stormy weather or interference from other stations. Meanwhile, FM radio has a much cleaner signal and is not affected much by the weather, but it cannot transmit long distances.

Application of AM & FM Radio in Life

As discussed above, each type of radio has different advantages and disadvantages. However, if you know how to use them, both will benefit the user.

By the end of this article, we hope that you now know the answer to “What is the difference between AM and FM radio.”

About the difference between Frequency Modulation vs Amplitude Modulation: AM radio has poor sound quality but provides a stable and reliable signal at long distances in all conditions. FM, on the other hand, can produce good sound quality but only works in small areas.

Depending on the function of each type, it will be applied differently in different fields and bring many benefits to social life, science, and technology.