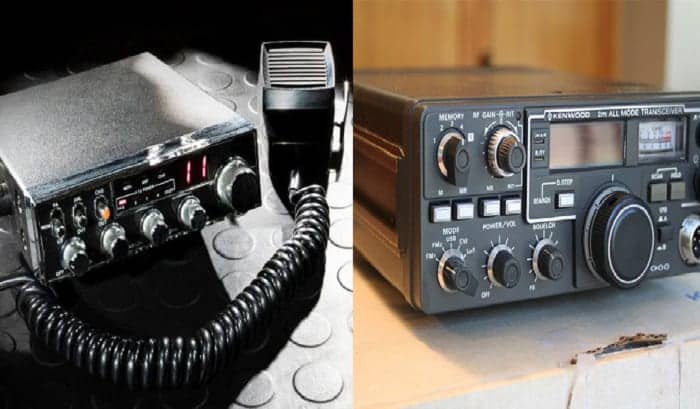 These days, smartphones are the preferred mode for two-way communication. Back in the day, however, most people relied on radios, specifically CB and ham radios.

A CB radio is for general public use and does not require a license. In contrast, ham radio is for amateurs and users will need to secure a license and pass a test. A CB radio has a shorter range, lower way, shorter antenna, and more limited frequency as against ham radios.

Read on to learn more about CB radio vs ham radio. I will also help you pick one that is most appropriate for two-way communication.

What is CB Radio 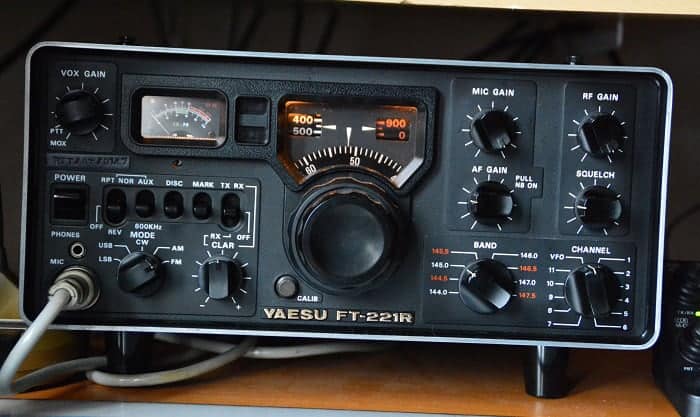 Also known as citizen’s band radio, it was popular amongst truck drivers from the 1970s to the 1980s. It is a form of short-range voice communication over radio. It is used in places without cellular networks and telephones, including homes, vehicles, and offices.

CB radios have an antenna and combination of a transmitter and receiver. It has 40 channels in the United States. When the atmospheric conditions are favorable, the signals will bounce in the atmosphere, and this is what will enable long-distance communication.

What is Ham Radio

Also known as amateur radio, ham radio is a popular choice for two-way radio communication among hobbyists. It allows people from different towns and countries to connect. It can even be used for space communication! The best thing is that you can do so without mobile phones or an internet connection.

Since the discovery of the first radio waves in 1888, ham radios have been around in one form or another. However, it was after World War II when ham radio users started to increase. As more and more people discover its benefits, it becomes evident for many that a ham radio is a better alternative to CB radios.

A Quick Comparison of CB Radio vs Ham Radio 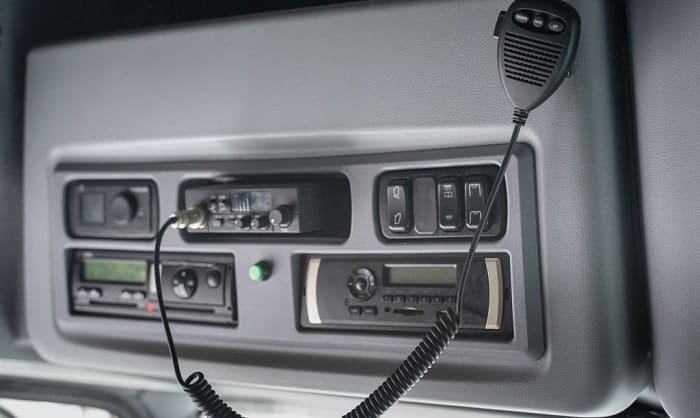 This section will take a closer look at the similarities and differences between ham radio and CB radio. We hope that this will help you decide which is the better option between the two.

While they are both used for wireless communication, there are slight differences in their main applications. CB is more for general use while ham is intended for amateur radio service.

If you are going to communicate over a long distance, such as with another person on the other side of the world or in another city, then ham is for you. It is also often used for emergency communications.

On the other hand, CB radio users are closer to each other. For instance, this is popular amongst people who are hiking or camping. This will be your savior if you need to talk to someone not too far from you when there is no cellular network.

One of the best things about using CB radios is that you do not need a license. Therefore, it is open to the general public. No exam is necessary. Even if you do not have extensive technical knowledge and experience, it is easy to make the most out of this kind of radio.

In contrast, ham radio operators require a license. The requirements will vary depending on your location. For instance, if you are from the United States, you will need to secure a license from the Federal Communications Commission.

Ham users can obtain different types of licenses, which are progressive. During the tests, you will be evaluated based on your understanding of radio theories and regulations, as well as the basics of radio theory and operating radios in a wide array of frequencies while also managing interferences.

Amateur radio operators can apply for three main certifications – Technician, General, and Amateur Extra. During the exams, you need to learn things such as morse code. As you progress in your license, you can gain access to more frequencies. In turn, you can make the most out of ham radio.

If you need help getting your ham radio license, watch this short video.

The main characteristic of CB radios is that they are built for short-distance communication, which can limit their functionality. While you do not need to be next to each other, you need to be within reach so that the radios can transmit the necessary signals.

The specific range of a CB will depend on the type of radio that you are using. If you have a hand-held unit, the range will be anywhere from three to five miles. Meanwhile, if you are using a mobile type, the range is seven to ten miles. For base station CBs, the range is ten to 50 miles.

If you want two-way radios that can transmit signals at a longer range, ham is the best option. You can legally transmit frequencies at a bigger range, which also makes it applicable in more situations. Even if the user is in another country, you can easily communicate.

On average, a handheld ham will connect two radios within one to 20 miles of each other. More so, for mobile type, the range will be anywhere from 5 to 1,200 miles. The one with the highest coverage is a station-based ham, which will connect radios that are up to 2,500 miles apart.

To determine the power of the two radios, the most important technical specification to consider is a watt. According to the FCC rules, CB radios should only operate at a maximum power limit of 4 watts for AM and 12 watts for SSB.

Meanwhile, ham radios are allowed to reach up to 1,500 watts. However, this may not be easily reached by the radio itself, so you will need to use an amplifier. This can increase the power output of the radio.

Another difference between CB and ham radio is the frequency bands that you can use, which will limit the functionality and versatility of the radio. If you have a CB, then you can use only the 27 MHz band.

In contrast, amateur radio frequencies have a wider range. You can use CB frequencies on a ham radio that are over 27 MHz. The broader frequency range will make this radio useful in more situations.

However, with ham radio, there are only six user-specific channels. Even though they are less than what you will find in CB, hams are not necessarily less capable.

An antenna is one of the most important radio equipment. VHF and UHF antennas will help retrieve more frequencies while also minimizing the interferences. It can do a lot in improving the overall quality of radio communications.

If you have a CB radio, your antenna should have a height of at least 8.5 feet. If it is shorter, then you will have weaker signals. On the other hand, for ham radio, the minimum length of the antenna is 19.5 inches.

Choosing between the CB radio vs ham radio is not an easy task, especially if you are clueless about their characteristics. For the general public and beginners looking for short-range communication, CB radio is better. Meanwhile, ham radios are for licensed users and those who need a radio for long distance communication.

Did you enjoy reading this article about ham radio vs CB radio? Is there anything else that you would like to add? Leave a comment below.