Since their appearance in 1886, cars have become an irreplaceable kind of transportation until modern days, regardless of the introduction of other vehicles such as airplanes, trains, etc. However, due to the widespread application of cars, people may face numerous issues related to them.

A common concern raised by car owners would be: “What causes the phenomenon in which my car won’t start but the radio and lights work?”.

Briefly speaking, many non-functional components of cars lead to the problem. For detailed information and explanation, read the content below. It is written logically and understandably for everyone to follow. 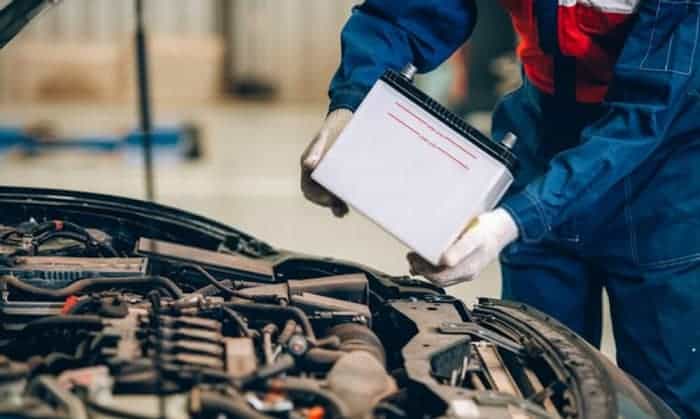 After a period of functioning, your car’s battery will likely have some troubles and even die, which is the most common reason the car won’t start but lights come on.

When checking a car, many people are misled that running some electrical components such as lights, radios, etc., means the battery’s not dead. However, that is not the case.

In fact, the car battery is manufactured so that it can provide power for low-demand equipment. But, unfortunately, when it comes to the engine starter, which pulls up to 300 amps at once, the dead battery can not supply it.

The simplest way to fix the problem is to clean the battery terminals to remove corrosion, if any and then recharge the battery. In case it doesn’t work, consider conducting a load test.

This helpful test is developed to point out the exact condition of the battery: whether it just needs a charge, replacing, or any other related service.

If you are concerned, the cost of replacing a car battery varies widely, from $50 to more than $200, depending on your car condition and choice. Naturally, high-quality products will cost more.

Besides, you may have to pay for additional fees such as labor, testing, charging, and so on. Nevertheless, these usually are minor amounts.

Another common reason the car won’t start but radio works come from the starter engine. If you don’t know, this part is structured to reorient power from the battery to the solenoid to activate the starter to spin over the engine.

One way to detect this problem is to pay attention to sounds when you start the engine. A clicking sound clearly shows that it is your starter causing the trouble. The support from a voltmeter will help you solve the case.

An ignition switch is not where you put your key to send the signals to the battery to start the car. Instead, it’s the switch that this key slot controls.

Ordinary circumstances you can relate to damaged ignition are the dashboard not lighting up when you turn the key ignition to the 2nd position, and the key refusing to move. Bringing your vehicle to the repair shop to replace the ignition would be the optimal solution.

That is the most desirable reason you can wish for when having trouble with a car because it is straightforward to solve it.

Unfortunately, many residents choose to park their vehicles outside due to limited housing, regardless of the weather.

This habit sometimes adversely harms the different components of a car, especially when it is cold. The most sensitive part would be fuel. Because fuel is liquid, it can be frozen after a while.To eliminate the possibility, check for frozen fuel and thaw it.

Or else, an empty gas tank could also cause a problem. A miscalibrated fuel gauge may mislead car owners about the condition of the gas tank. If it is your case, fixing the fuel gauge is your solution.

Manufacturers create a spark plug to start cars. When the spark plug fails, like other essential parts, it will affect the car’s functionality. Specifically, a damaged spark plug makes fuel ignition impossible.

If you are pretty skilled or have knowledge about automobile mechanisms, problems with a spark plug can be checked yourself. You can track apparent symptoms such as Rough idle, engine misfiring & surging.

Although all the five mistakes mentioned above relate to mechanical problems, it does not mean that the reason for the undesirable situation of a nonfunctional car is irrelevant to human errors. Fresh drivers and certain types of vehicles are more likely to face the problem.

Some silly but ordinary errors car drivers commit include:

Due to its characteristics, some modern car models require drivers to fasten their seat belts before starting the engine. 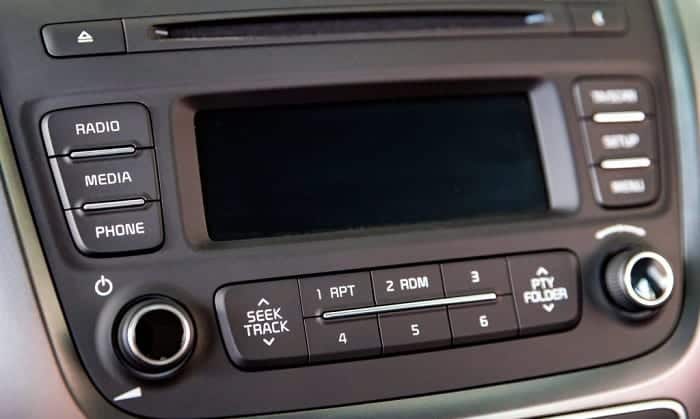 Besides clicking sound, are there other symptoms of failing starter relay?

A clicking sound is the simplest way to detect problems coming from the starter engine. However, you can also refer to 2 significant symptoms illustrated below:

After some time, other parts such as the circuit, transmission flywheel, and so on will also break if the problem is not noticed and fixed timely.

If the starter doesn’t always activate when you turn your key switch, the relay likely has a problem.

Can a bad alternator destroy a new battery?

As mentioned before, dead batteries are among the remarkable reasons leading to an unfunctional car. Hence, many may wonder if there is any relationship between an alternator and a battery. The answer is yes.

Experts state that alternators could ruin the battery by overcharging the battery or through sporadic charging.

How long will a battery last with a lousy alternator?

This concern is quite hard to provide the exact answer for, even if you raise it with a professional mechanic. The lifespan of a battery under the effect of a bad alternator would depend on the combination of the engine’s type, the car’s version, and the number of electronic systems.

Another habit you might have that contributes to the process of shortening a battery’s lifespan is using headlights when it is dark.

Although the exact estimation of the battery’s lifespan is complicated, you can still consider the analysis of the two vehicle types below as a reference:

In conclusion, there are many answers for the very beginning concern: “Why my car won’t start but the radio and lights work?” There could be problems with the battery, starter engine, fuel, etc. Hopefully, after referring to this article, you can detect your problem and solutions to fix your car.

What Are You Looking For?